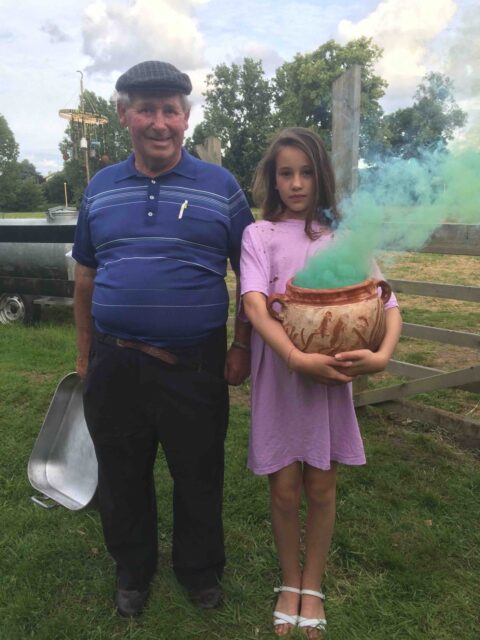 Drawing on the « Planetary Garden » concept by French botanist Gilles Clément, the 12th edition explores Palermo as an historical Mediterranean laboratory for diversity and cross-pollination. For the occasion, architectural firm OMA delivers an urban study called the Palermo Atlas, revealing the architecture, archaeology and anthropology, but also the historical archives and personal stories of the Sicilian city.

Although not considered as the most glamorous of Mother Nature’s offerings, algae has found itself at the heart of many key moments in the last few hundred years of botanical science. Ryan Feigenbaum traces back the surprising history of one particular species — the conferva fontinalis — and its possible inspirational role for Shelley’s Frankenstein.

— Appealing for an Alternative: Ecology and Environmentalism in Joseph Beuys’ Projects of Social Sculpture By Cara Jordan | Seismopolite | August 10, 2016

A retrospective piece about Joseph Beuys’ seminal work. As one of the most influential artist of the twentieth century, Beuys used a wide range of mediums to achieve his life project : using art to address educational reform, inequality in democratic processes, and the destruction of the natural world.

Julia Marchand, curator at Fondation Vincent Van Gogh in Arles writes about Natsuko Uchino’s work. The Japanese-born inter-disciplinary artist based in Saint Quentin la Poterie focuses on ecology, food and conviviality through the use of ceramic deeply linking her practice to the notion of landscape and environmental awareness. Article in french. Article written for the magazine Code South Way #2 (Octobre 2016).