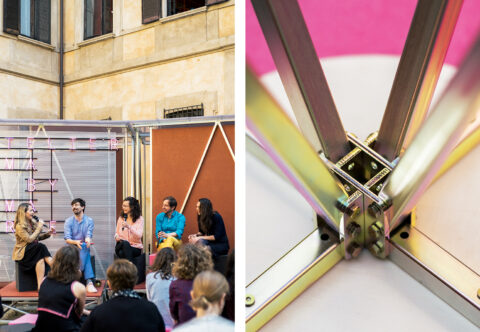 The pavilions project presented at the Milan Design Week began with a question launched by WeWork during the first Luma Days in May 2016. Can a global business use local knowledge and resources in high volume whilst remaining economically competitive?

After a series of workshops, in collaboration with Cookies, to further investigate this issue four pavilions came up. These pavilions will display a selection of Atelier Luma's projects developed from the use of Camargue's natural resources to create sustainable and innovative materials such as biopolymer or biolaminate. 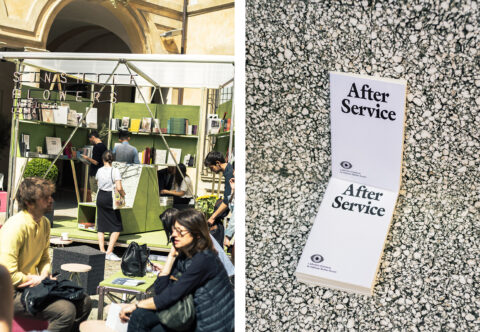 The pavilions will be assembled in situ according to a modular design principle (III+1, Lukas Wegwerth) and covered with biomaterials produced by Atelier Luma. Designed as an overview of the Arles lab, Atelier Luma's proposal will bring to light the work that has been undertaken for the past two years around federative projects, using design as a tool for transition to enlarge the possible uses of resources and waste from the bioregion. This social and circular design initiative thus promotes new means of production that rely on local know-how and combine craftsmanship and technology. 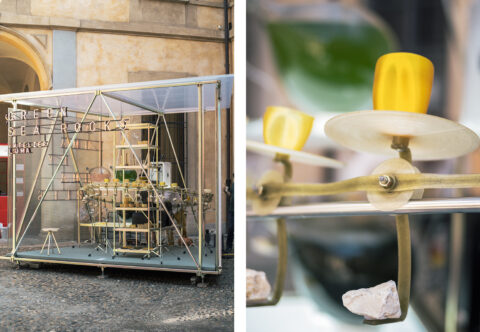 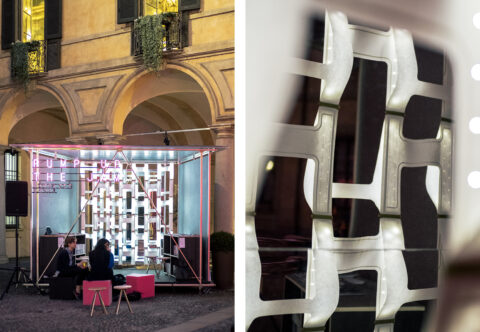 APRIL 17 / 11-12AM Breakfast and launch of Disegno #18 Palazzo Courtyard Please RSVP to ccastellas@luma-arles.org

— APRIL 17–20 / 10–11AM Join Atelier LUMA at the Palazzo Clerici for a series of conversations that brings together Atelier LUMA designers and distinguished design figures to discuss the future of materials. For this year’s Salone del Mobile, Atelier LUMA returns to the Palazzo Clerici, to present STUDIOLOS. This public installation, designed by Cookies and III +1, investigates a radical redefinition of producing in a global context, addressing the question of revitalizing local crafts, decreasing the circulation of materials and promoting new design practices. STUDIOLOS will act as an open platform, hosting each day a different conversation that highlights a specific aspect of design, production, and materiality manifested in the installation. Confirmed speakers include Paola Antonelli, Aric Chen, Deniz Ova, Matylda Krzykowski, etc…

The talks are free and open to the public.

— THE 19 - 10am Studio Klarenbeek & Dros in conversation with Johanna Weggelaar (Atelier LUMA), Oli Stratford (editor in chief of Designo) and Paola Antonelli (curator at the MoMA, New York)

Please note that program is subject to change due to weather conditions.

EMERGING TALENTS: A PLATFORM FOR THE NEW VOICES IN DESIGN Presented by HAY - Hosted by Atelier LUMA