Answering our questions over email in the aftermath of the LUMA Days, cultural activist Lucia Babina discusses the inception, discoveries, and future of one of Atelier LUMA’s most socially-minded projects, Griffeuille Food Circle. 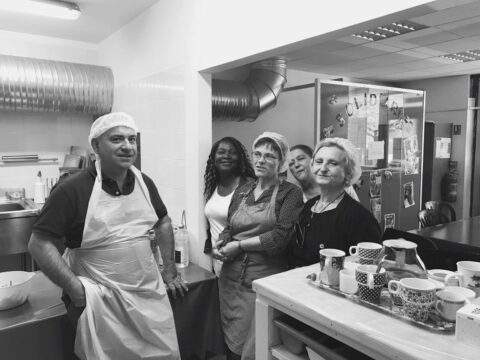 — Can you share your thoughts on the preparation and outcome of the shared meal during LUMA days?

I was worried about this dinner. In the beginning of the process I didn’t know exactly how to take Griffeuille’s people into a project that could be fun, exciting and innovative, for them, for me, and for LUMA. The botanist Bénédicte [Hossenlopp] became a key part in this process, because we could explore something that not even Solid’Arles and Petit à petit experienced. Solid’Arles deals with food waste and cooking with a team, Petit à petit produces food in the neighbourhood, but nobody explored the rich wild environment around them. Some of the inhabitants know about wild plants but they don’t pick them up in the neighbourhood. Bénédicte’s knowledge allowed us to get to know the flora and vegetation available to eat in the neighbourhood and it was quite impressive, for all of us, to find out that the neighbourhood is a forest of edible plants, and that you don’t need to go so far to feed yourself. And it’s in the city!

I call it the neighbourhood’s natural asset. So, the next step is: What to do you do with this asset? How to share it and protect it? How to use it? These are all questions that will take some time to answer because they will need time to understand, to research deeply, to discuss and organise with the inhabitants. The key issue is how to protect this natural asset and at the same time to make it become our source of survival and of economical exchange.

I find quite unique you can produce a meal for more than eighty people all in Griffeuille. The Made in Griffeuille sounds good, but it can also evolve into a business benefiting the inhabitants, the local organisations and Luma (from a special asset and a Made in Griffeuille food knowledge). This asset is already there, in the mind of the people. I remember that one of the cooks, Mireille, when the film crew of LUMA wanted me and Bénédicte to go and pick up plants again in the neighbourhood, said: “But don’t reveal everything – otherwise they will take our plants!” 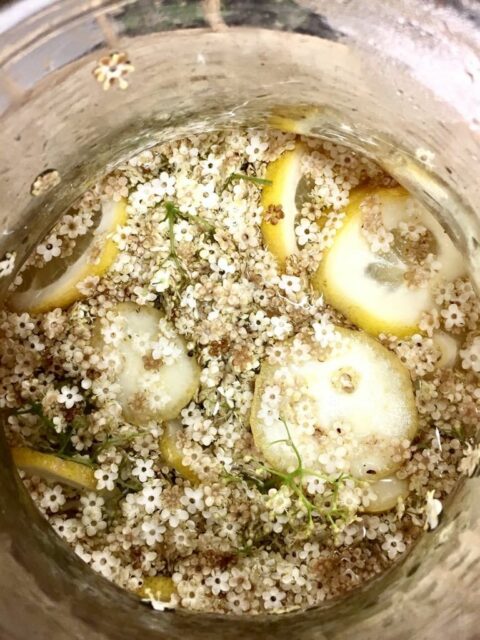 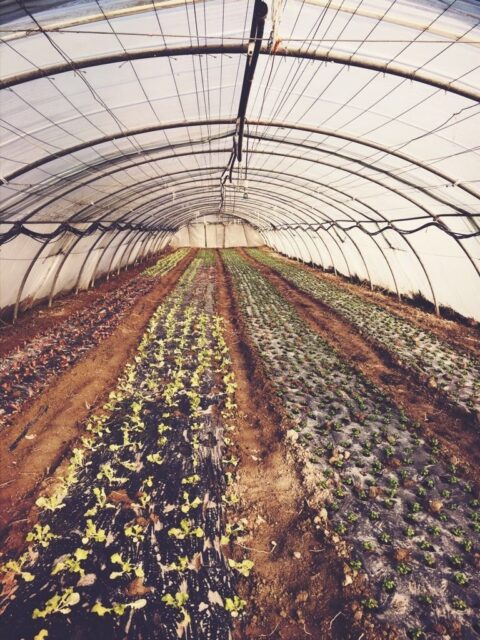 — What were your intentions in the way you chose to set up your exhibit and workspace in the atelier? What is the story here?

The project is socially oriented, so, at least in this first phase, there are no visible products to show, but of course a lot is going on, particularly the bonds created with the neighbourhood of Griffeuille, which will be productive in a second phase. It’s always difficult to show a process instead of a product, because many things belong to the everyday life and out of that context they probably won’t mean that much, since not everything can be schematically explained or put in a frame. If it is not ripe enough, it can result into something banal or stupid or simply not possible to reveal, at least immediately. So, I chose to display some of the tools we used for the workshop during the Fête du Quartier and the dinner for Ideas City, some samples of the plants we discovered and picked up, our recipes and a small herbarium, which can be the beginning of a Made in Griffeuille knowledge. And, of course, the video by Alexandre Humbert was important to document part of the process, which is his take on it. A process is something alive and you cannot reproduce it in an exhibition space, most of the time. But it is just the beginning and more opportunities will come to make the invisible visible, finally.

— Where do you and your collaborators from Griffeuille see this project going in the future?

Ideas are not yet that far to take just a direction, many directions can be taken, and there are a lot of expectations. But is clear it will be about cooking, preserving, and foraging. We have to understand first of all what to do with this asset. Then, we must study strategies and possible collaborations between inhabitants and local organisations, in order to set the base for sustainable and durable projects, which can open up opportunities for the people of Griffeuille but also for LUMA.